Why Study in Academia?

No. of Students appeared through Academia for last few years

Academia is maturing every year. Every academia year had been a notable one for Academia in many respects. In the academic field the students have maintained their high standards and have continued to be recognized as high achievers. Students who sit for O’Level and A’Level exams had been making ACADEMIA proud by their brilliant performance, as always. Many of them got The Daily Star Award and Edexcel High Achiever’s Award in recognition of their Excellence.....

Students of O'Level/IGCSE and A'Level/IAL are awarded for their brilliant results in Edexcel High Achievers' Award Ceremony (arranged by the British Council) & Daily Star Award Ceremony (arranged by the Daily Star). They get medals and certificates. These days are really remarkable and auspicious in the life of every awardees. Academia honours these brilliant Students of O'Level/IGCSE and A'Level/IAL in Academia High Achievers' Award Ceremony.

Academia Debate Club has distinguished itself as the club to beat through its accolades this past year. From hosting national level tournaments to winning them, even sending 2 of its very own best debaters to represent the country on an internatinal stage, i.e Worlds Debating Championship held in Singapore & Bali. One team of Academian debaters also participated in a debate competition held in Malayasia & won Runners-up Trophy. Academia hosted last year's Pre World Schools Debate Championship, This large scale tournament of over 60 teams was organized and run by ADC with the help of our moderator and Vice Principal Raunaque Alamgir and our school's Director Kutub Uddin. Academia Debating Club (ADC) arranges Intra School Debating Cometition for students from all the camuses of Academia. Students participate with great zeal and enthusiasm in such events. The debaters ultimately gain valuable leadership, public speaking and networking skills from debating.

After successful completion of a session, ACADEMIA organizes an "Award Ceremony" for the students and teachers on Final Report Card Day. They get awards and certificates in different categories according to their performances. Graduation Ceremony is also held on the same day for students of KG-II, Class-V & Class-VIII. they wear graduation caps and sashes and are awarded with certificates.

The students at Academia have always believed that there is science all around us; not only do they learn science from their tender age, they do experiments for their Science Fair every year. Practical knowledge of science helps to develop and promote their skills.

Mathematics is the queen of science. Every year, Mathe Olympiad is arranged for students not only of Academia, but also of other English Medium Schools of Dhaka. By now Math Olympiad arranged by Academia is very popular among the schools of Dhaka, as such number of students participating from different schools are increasing every year.

Annual Sports are usually participated enthusiastically by the students, teachers, guardians of all campuses of Academia, along with the management. 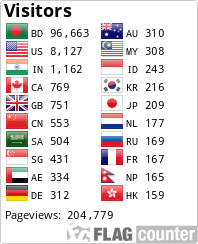